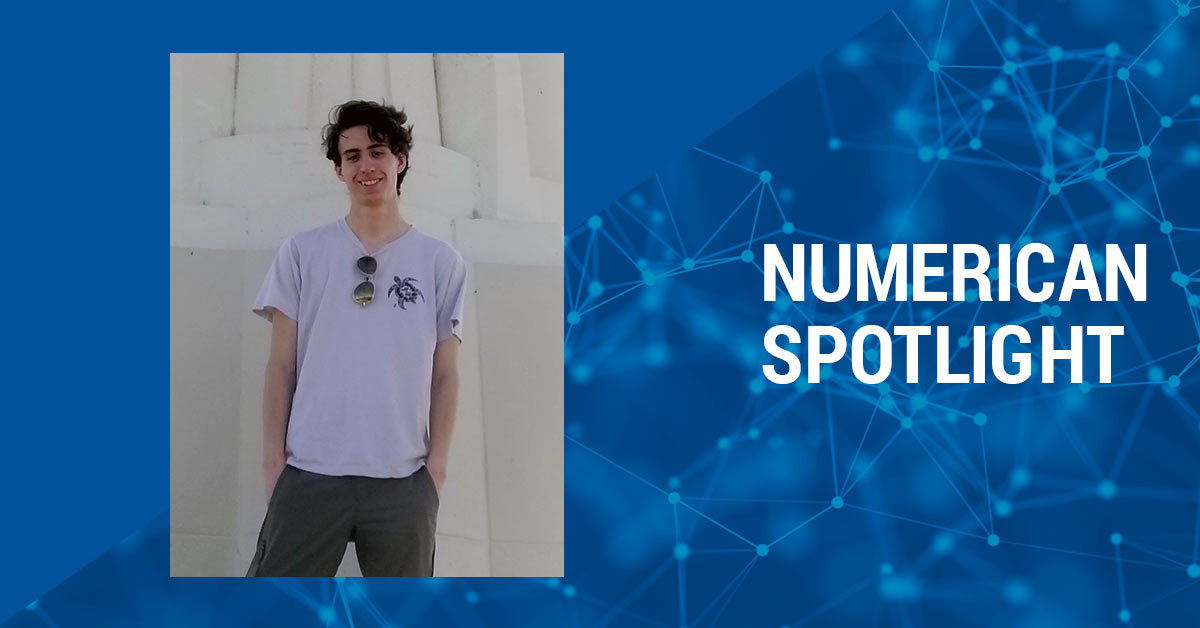 At Numerica, small teams have a big impact

One of the major reasons Landon Zweigle was attracted to working at Numerica was the company’s size. As a software engineer in Numerica’s Air and Missile Defense Department (AMD), Landon was drawn to the notion that a smaller company provided more opportunities for growth. Fitting, considering his role at Numerica has been focused on helping the company itself grow—in its radar detection capabilities and beyond.

“There’s a funny term called a ‘coding monkey,’ that would describe a setting where people don’t really know you, but just give you a coding assignment and expect you to complete it and hand it back—there is a disassociation to what you are actually working on,” says Landon. “Here, at Numerica, I feel like I am actually contributing.”

Zweigle and his co-workers know a thing or two about contributing. They’ve done quite a lot of it recently with regards to breaking new ground in the AMD sector, and they’re getting noticed. In May 2022, Numerica made industry headlines when it was announced that its Spyglass radar was selected to receive an official International Organization for Standardization (ISO) 9001:2015 certification, which essentially deems the 3D radar as one of the best in the industry.

The Importance of Spyglass

Some refer to the work that Spyglass radar achieves as hitting one bullet with another bullet. At its core, Spyglass radar is designed to track small autonomous objects like drones with precise measurements—and provide the resources to mitigate or eliminate those risks as the case may be. With sophisticated software-driven control capabilities, the radar is intended to be seamlessly integrated into a layered defense system.

While it’s the crown jewel of Numerica’s Air and Missile Defense offerings, it’s also just one aspect of what the AMD department works on. Ask Landon what he does and he’s understandably tightlipped—technically much of what he does is classified.

“I describe my work as software development,” he says, although he admits that he enjoys telling folks he can’t say much about his work. “I look at complex issues and try to figure out how to solve them. We are currently focusing on object tracking.”

For Landon, that part is very exciting, as tracking is a challenge that’s encouraging him to learn new areas within his industry.

“I enjoy learning about the entire field of tracking and digging into the mathematics; the code is very fascinating,” he says. “It is really fun to improve my programming skills. I have learned a tremendous amount from some extremely knowledgeable people.”

The value of an intimate work environment

While the work has international implications and acclaim, Landon says he really loves the fact that Numerica is a local company, one that’s staffed with many Colorado natives and fellow Colorado State University alumni.

Like many other Numericans will say, the Fort Collins, Colorado-based company feels like a family and operates with core values that respect and encourage its people. With staff from respected universities like CSU and beyond, it’s also filled with incredibly smart and passionate professionals who challenge and support each other to be great and excel in their areas of expertise.

“As part of a small team, it is easy to put my ideas forward,” says Landon. “I feel like my voice is heard and feels louder. I feel validated, despite being new to the industry.”

It’s that small team that has made such an impression on Landon, so much that it forms his primary advice for newcomers in the field: Find your small team. Landon would encourage people starting out in the field to avoid large companies where it’s easy to get lost in the shuffle, and to seek out a small but mighty company like Numerica, where individual contributions are recognized and celebrated.

“I feel comfortable going directly to my superiors and asking them to teach me or to gain a better understanding of specific concepts,” says Landon. “I feel like that would be more difficult in a larger company. Here, there are many opportunities for self-improvement.”

Landon firmly believes that this type of environment is a difference maker and a differentiator that’s getting Numerica noticed across the industry.

“Big companies are noticing what we have created and how competitively priced it is,” he says. “We are pushing the evolution of radar technology forward in the industry.”