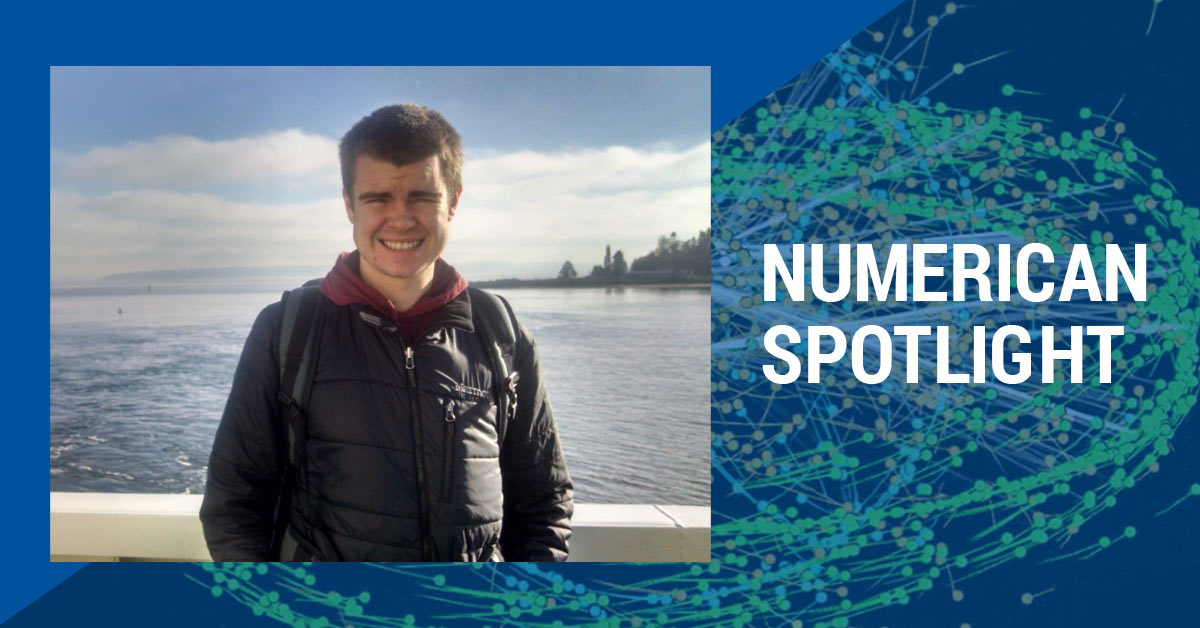 Numerican is making international news from his hometown

Living in Colorado and gazing at the sky—it’s what many people around the country would love to do. For Cam Key, a Research Scientist at Numerica, it’s what he gets paid to do. Cam is a Fort Collins native who was able to merge two dreams: Staying in the city he loves and doing something important with his career. As a researcher with Numerica’s Space Domain Awareness (SDA) R&D team, Cam works on cutting-edge projects that have earned Numerica international headlines, all from the beauty of his hometown.

“I didn’t want to move away from such a cool place,” Cam says. “I had seen Numerica before but when it came time to apply for a job after graduating from grad school, I took a closer look and Numerica’s work seemed really interesting and like a place I could make a difference.”

Cam isn’t the only one who thinks the work is interesting. Numerica’s Space Domain Awareness team has made incredible advances in the last few years, as well as head-turning partnerships like with the UK Space Agency. The Numerica Telescope Network (NTN), which Cam works on, has proved invaluable to government and non-governmental organizations around the world, as it’s the first and only fully-integrated solution for around-the-clock space domain awareness that is capable of a number of impressive feats like satellite tracking capability from low Earth orbit (LEO) to geostationary orbit (GEO).

Having an impact on global safety

“I work on telescopes that can see objects in broad daylight,” says Cam, who notes that it’s just one of the many unique things about working at Numerica “Numerica is a company that’s small enough to remain focused, but large enough to have power and ability to get things done. It’s not a start-up but it’s also not a large or medium defense contractor. I don’t think I could find an employer where I have the ability to enact change like I do at Numerica.”

The change Cam is talking about culminates in the previously mentioned NTN, the first-ever daytime satellite tracking service. The NTN is the result of years of internal research and development to meet the international demand for such as service. This breakthrough is a game-changer; an idea with research so promising that it received a $750,000 Small Business Innovation Research funding award in 2019 and an additional $2.25 million to help bring it to market and proliferate it worldwide.

Recently, Cam’s team at Numerica made headlines when it showcased the safe-keeping mission of the service after Russia launched anti-satellite tests. Numerica was the first company to image the Russian tests, showing that the tech born in Fort Collins can effectively maintain safety of flight for satellites by quickly detecting threats.

“It made a huge impact on the industry,” notes Cam.

The secret is to work with problem-solving co-workers

With all the recent advancements at Numerica, outsiders in the industry may be wondering what’s so special about Fort Collins and the crew at Numerica, including its location in Colorado Springs. Cam believes it’s the people.

“Our team combines curiosity, self-motivation and creative problem-solving in ways that are truly incredible for a technical team to pull off,” says Cam. “Someone always has an idea of how to solve a problem they’re faced with. There’s never a shortage of ideas and how to make those ideas a reality.”

According to Cam, Numerica is synonymous with innovation. He’s surrounded by people who know how to use their technical know-how and experience to change the status quo for a lot of fields they touch. Beyond just Cam’s colleagues in Space Domain Awareness, this can be seen in the other areas of Numerica. For instance, the state-of-the-art Spyglass™ short-range surveillance radar which was developed by Numerica’s Air Defense Team, as well as the advanced algorithms developed by the Missile Defense Team and used by the U.S. Ballistic Missile Defense System.

“Numerica is very interesting in that we’re developing critical defense products and solutions that were traditionally thought to be unattainable and too expensive for most,  but doing them in a way that’s affordable and achievable for more people in the industry to leverage,” says Cam.

Making a difference while living in Fort Collins. Sounds about perfect.