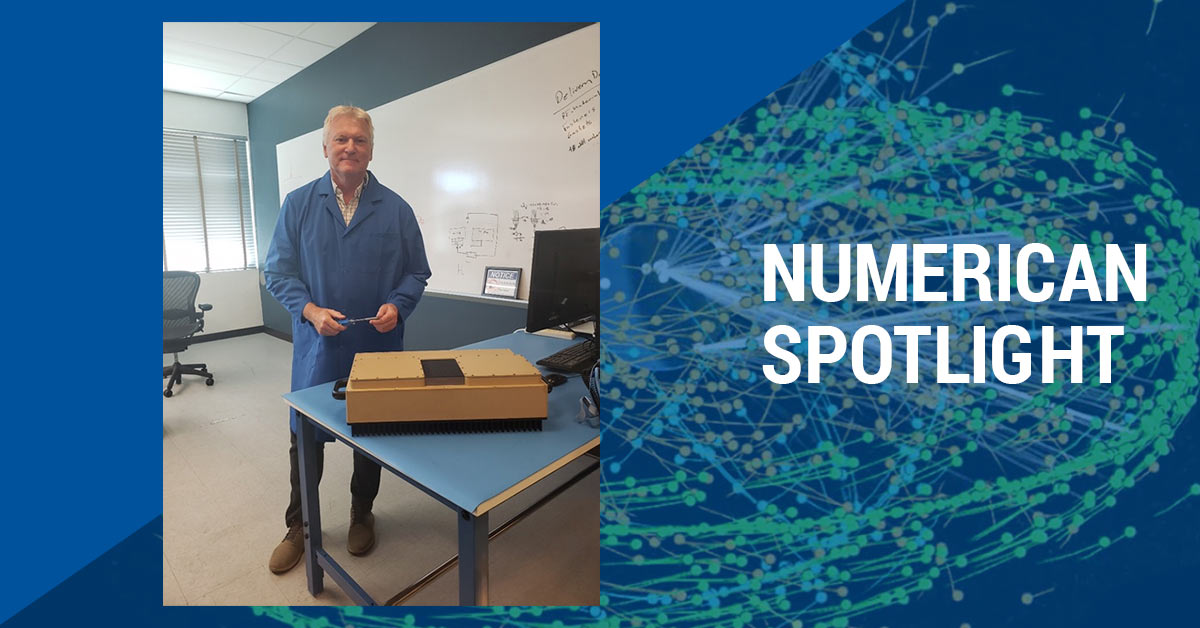 Laying The Foundation for Success, Numerican is Helping Put Company on the Industry Radar

Carl Hillmer has been with Numerica for slightly less than a year, but it already feels like home. Maybe that’s because the company’s radar production manager originally hails from just down the road in Loveland. Or perhaps it’s because one of his major initiatives since arriving last September has been helping shepherd the construction of Numerica’s new home for manufacturing—a 33,000-square-foot facility in the Mulberry corridor of northeast Fort Collins.

According to Carl, the building should be ready for move-in this summer, and it’s going to be big.

Numerica takes its manufacturing to the next level

“Numerica is gaining much more brand awareness in addition to the Spyglass™ radar software technology and we’re now adding these manufacturing capabilities,” says Carl. “Numerica continues to gain more attention from those in the field for what we are contributing to the industry.”

“This is a radar system that will integrate into a weapons detection system to help minimize the threat of weaponized drones,” says Carl. “There is a huge opportunity for that within the military arena. We offer a unique radar system that provides detection at a much greater distance. With this incredible software, we are able to pinpoint the targets out there.”

There’s also Numerica’s fully functional, low-cost telescope system that can observe Earth-orbiting satellites in broad daylight at altitudes of more than 36,000 kilometers—the first of its kind.

“It’s apparent that there are some brilliant people here whom I have the opportunity to work with; it has been a great experience,” says Carl.

As the radar production manager, Carl is responsible for manufacturing the radar panel. His team comprises an assembler, a supply chain purchasing agent and a quality manager. That means Carl is involved at every step of the manufacturing of Numerica’s highly sought-after technology.

“I get to wear several hats—I really like that,” he says. “From researching where we are sourcing our materials to being able to lean on some of my experience to present ideas on solving a technical problem with more of an engineering approach. I also have the freedom and the opportunity to contribute at every level.”

Carl ensures that the team manufactures the radar panels per the set schedule and follows documentation practices to deliver quality units at the end of the day.

Carl credits Numerica for fostering an environment where a hands-on approach to management is encouraged. He believes that the company’s culture and values to encourage ingenuity and outside-the-box thinking frees up rigid structures, so they have the freedom to develop ideas.

“That culture is evident in all we do,” he says. “It encourages a lot of collaboration and creative thinking and new ways to approach problem-solving. It has given my team the independence to think about how we can do things even better. There are some very talented and sought-after people working here with many opportunities. The level of retention here speaks volumes about Numerica and the culture.”

Building a team and a second home

The new location is the second Fort Collins home for Numerica, but also a second home of sorts for Carl, who has been instrumental in so much of its actualization. Although he may be immersed in immediate challenges within the radar panel manufacturing process, he doesn’t forget about the long game.

“It is fun and exciting to be a part of building this new process and team from the ground level. This is something that you can put your fingerprints on and later be able to tell the story of what our team accomplished.”