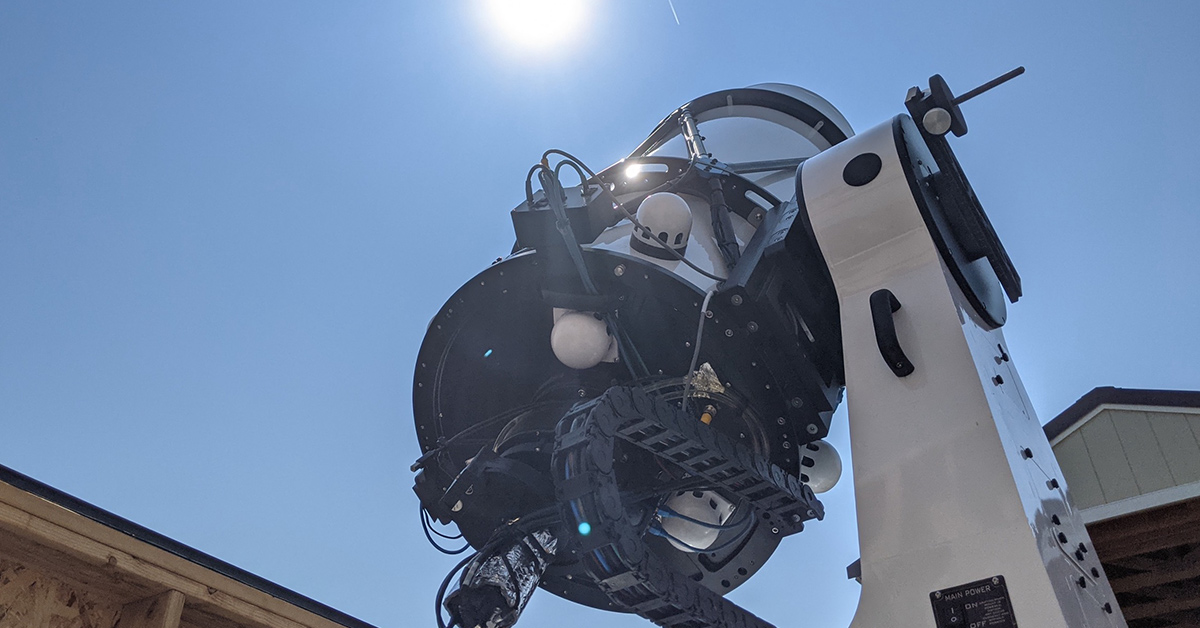 In the past, the bright sky limited ground-based telescopes to night-only operation, creating a gap in gathering and analyzing vital space data for military, civil and commercial interests. Now, Numerica has made a groundbreaking development in space object detection and tracking by building the first fully functional, low-cost telescope system that can observe Earth-orbiting satellites in broad daylight at altitudes of more than 36,000 kilometers (22,000 miles).

This patented technology is the result of several years of internal research and development efforts to meet the growing demand for daytime satellite observation given the increasingly congested and contested space environment.

Initial testing proved these systems to be capable of detecting objects from low Earth orbit (LEO) to geosynchronous orbit (GEO) both day and night. Numerica received a U.S. patent on Aug. 11, 2020 for detecting such space objects using shortwave infrared (SWIR) sensors during daytime hours without the use of cryogenic cooling components, a notable time and cost-saving alternative to existing approaches under development.

“Our technology is enabled by high-speed shortwave infrared cameras, customized optics and advanced algorithms,” said Jeff Shaddix, principal investigator for daytime satellite tracking at Numerica. “A daytime sky background creates an extreme shot noise environment. We collect 15 GB/minute from our cameras and apply image processing algorithms that fuse the data to reduce the noise to near theoretical limits. This enables detection of dim satellite signals beyond what is typically achievable for standard optical systems.”

This breakthrough technology received $750,000 in funding in November 2019 as part of the Small Business Innovation Research awards made during the inaugural Air Force Space Pitch Day. Numerica also received an additional $2.25 million to help bring this technology to market and to help proliferate it worldwide.

Daytime satellite tracking represents a major innovation for the commercial space domain awareness market, increasing the observation opportunities on LEO to GEO satellites and enabling the potential for a global network of low-cost telescopes to maintain custody of satellites through the current daylight coverage gap. Numerica plans to continue maturing this technology and integrating additional systems with its existing telescope network.