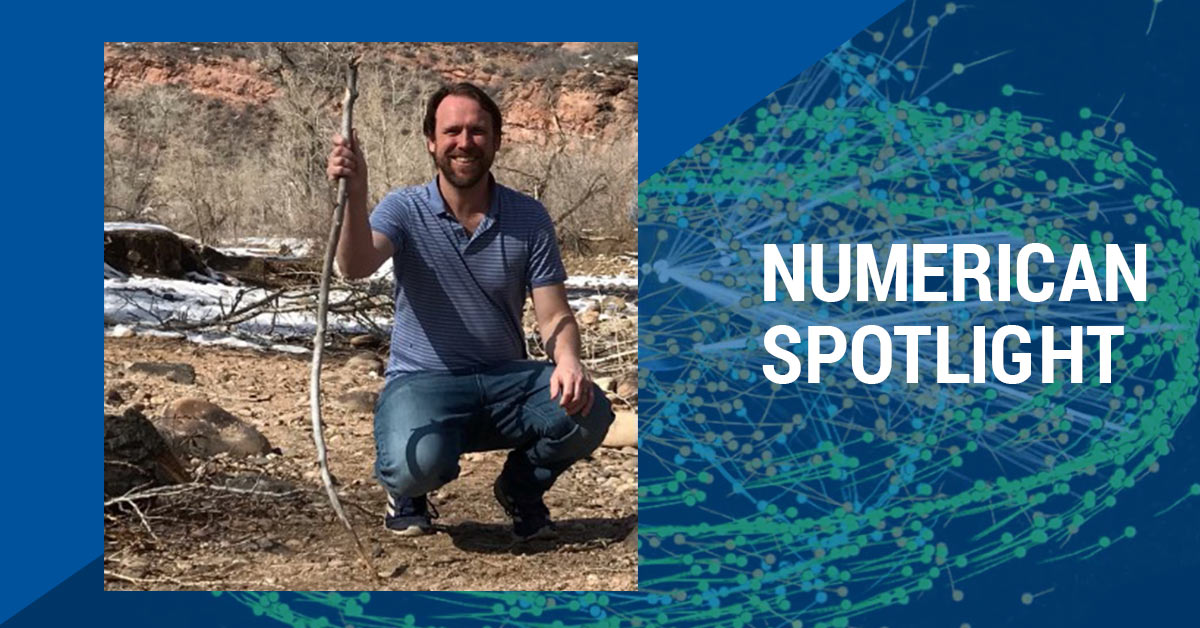 From Theory to Reality, Numerican pushes the boundaries of what’s possible to make a global impact in the defense industry

Ask Nick Borchers what he loves about working at Numerica, and his first answer will likely be the company’s ground-up approach to new initiatives; a sense of rolling up one’s sleeves and building something new from scratch. It’s baked into the culture­. Case in point: Nick’s first encounter with Numerica.

Borchers first met a Numerican at a conference in October 2019. It was a classified conference, and he was presenting, but due to a mix-up with paperwork, Nick was temporarily stuck outside the gate. As he waited for an escort to take him inside, Nick struck up a conversation with another conference-goer, who happened to work at Numerica. A short, friendly conversation about Numerica and Fort Collins turned into a LinkedIn connection a few days later–and then a job interview. Within a few months, Nick and his wife relocated from Atlanta to Northern Colorado. From Nick’s point of view, that’s just how it works at Numerica. You build something from the ground up, including teams.

“Coming from a larger organization where the infrastructure already exists, there’s a lot that you take for granted,” says Nick, who thrives in a ground-level approach to new projects. “Getting your fingerprints on the foundational stuff and getting to have some influence on every aspect of it is a very unique part of Numerica’s culture. At a larger company you normally don’t have the opportunity to do that.”

As a senior research scientist at the company, Nick and his team focus on missile defense, primarily Spyglass™ short-range surveillance radar. Distributed exclusively by Liteye Systems, Spyglass radar is a game-changing 3D radar born in response to gaps in the short-range air defense radar market and engineered to counter unmanned aircraft systems (UAS) like drones. As drones become increasingly available and cheap to purchase, so does the threat that they’ll be used as a weapon against U.S. Armed Forces and its partners, as well as civilians.

“The problem we’re trying to solve with Spyglass radar has the potential to have a global impact, which is pretty amazing for a smaller company,” says Nick.

Launched in spring of 2021, Spyglass radar is designed to detect and track small, autonomous, UAS beyond three-and-a-half kilometers with precise measurements to support a range of mitigation techniques. With a high degree of configurability and out-of-the-box support for distributed operations, Spyglass radar’s software-driven control capabilities enable seamless integration into layered defense systems. Essentially, that means it’s relatively easy to use anywhere support is needed.

“In our breakroom, someone had posted a recent article from the front page of the Wall Street Journal addressing the [drone] defense problem they’re trying to solve through Spyglass radar,” says Nick. “For the Wall Street Journal to publish this article means that this is a big deal—­that defense organizations around the world are concerned about [drones], and that people are really worried about the threat. The radar we’re developing can do a lot for improving defense and security around the world.”

Numerica is a hub for innovation and activity, as evidenced by the list of headlines it’s been making over the last year. Between the Space Domain Awareness team partnering with the U.K. Space Agency and the Air and Missile Defense Teams partnering with the U.S. Army for prototype work, there’s always action happening inside the Fort Collins headquarters. This type of output—where the theoretical becomes reality—is one of the things Nick finds most appealing as a Numerican.

“Numerica takes cutting-edge ideas and pushes them through to make something real out of it, which can be really hard,” says Nick.  “Especially for someone [like me] coming from academia and a theoretical background, where you can spend your whole career in the theory. To take those ideas, challenge them and try to make them work in real life is really cool. Real life is messy and dirty, and it doesn’t always work the way you want; and you have these nice models that can hypothetically do these beautiful things but in reality they don’t always do what you theorized. Numerica has a commitment and a vision to try and make the theoretical a reality. If you want to push the industry or the world forward it’s all about being able to overcome those challenges and turn beautiful theories into reality.”